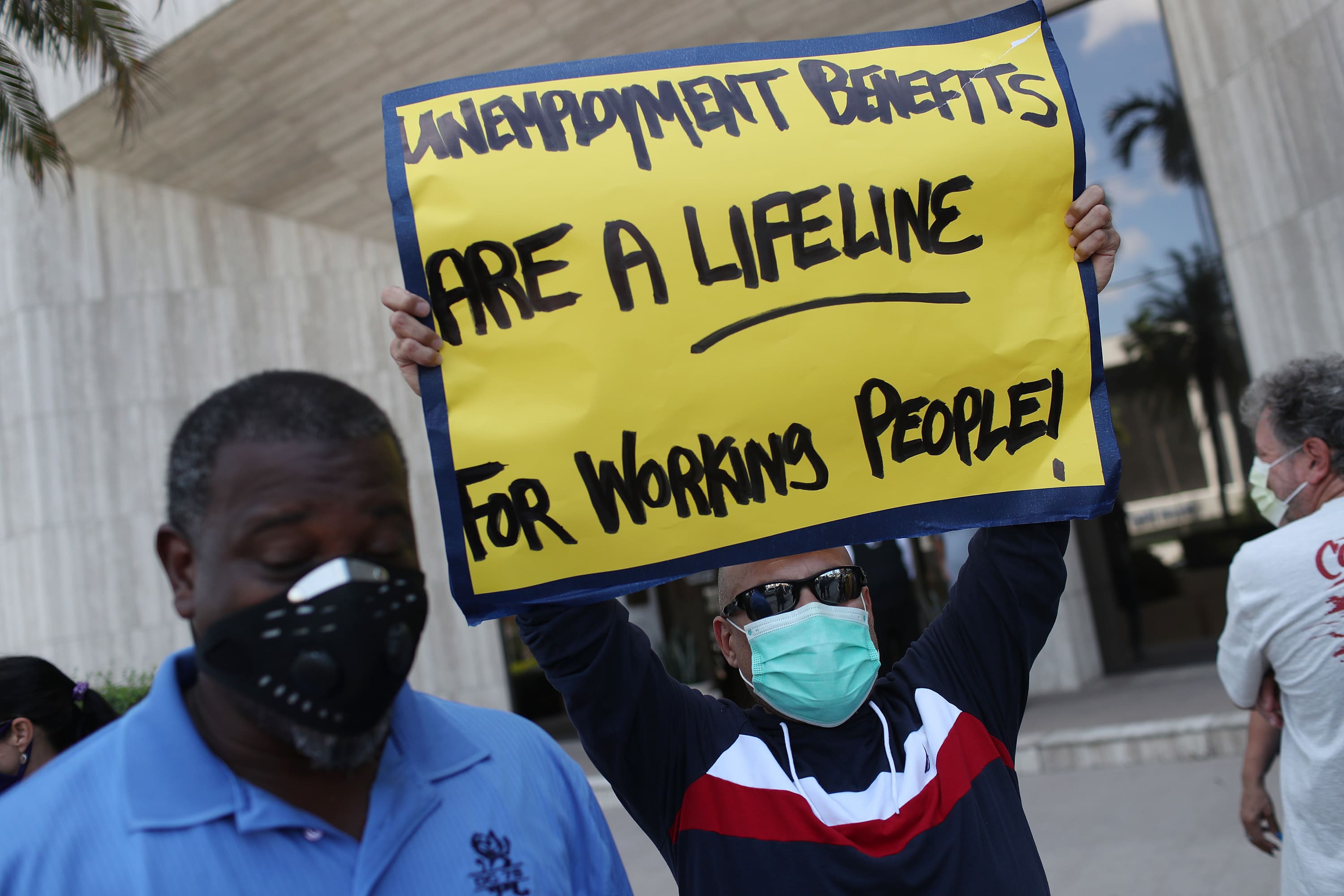 The worst appears over for the economy, but the latest data casts doubt on how long it will take to recover and for the millions of lost jobs to come back.

The economy contracted by a shocking 32.9% in the second quarter. The report of second quarter gross domestic product, released Thursday, is a backward look at what happened when the economy was shutdown to fight the coronavirus. But it did not shrink as much as the near 35% dip economists had expected.

“It just seems like the road ahead is going to be very, very long to get back to where we were at the start of the year,” said Chris Rupkey, chief financial economist at MUFG Union Bank. “Maybe three to four years.”

Economists say the labor market’s recovery is critical to a broader recovery. So it was discouraging when jobless claims,  also reported Thursday morning, showed an increase in workers seeking benefits for a second straight week. New claims in the week of July 25 rose to 1.43 million, but even more troubling was the 867,000 increase in people receiving continuing benefits. That number rose to 17 million, as of the week of July 18.

The latest data comes as Congress grapples with a $1 trillion plus fiscal stimulus package, which should include a remedy to the $600 a week unemployment supplemental payments that expire Friday. Little progress appears to be made bridging the gap between the $3 trillion package sought by Democrats and the $1 trillion proposed by Republicans.

“The labor market still remains front and center,” said Gregory Faranello, head of U.S. rates at AmeriVet Securities. “The bond market has been pricing in a number of variables, one of which is weakness on the job front irregardless of whether we get an extension of the claims benefit.”

Faranello said market expectations are that the package will be approved, and the divide will narrow on the Senate proposal to drop the unemployment payment to $200 and the position of House Democrats, who supported extending the current payment.

Stocks, already weaker, sold off after the data but recouped some losses in afternoon trading. Treasury yields, which move opposite price, fell with some trading near record lows. The 5-year and 20-year Treasurys hit all-time low yields. The 10-year yield edged just below 0.54%, beneath its record closing low.

“Continuing claims ticked up and initial claims are still very high. The areas getting hit are the areas that are continuing to struggle with the virus,” Faranello said.

Faranello noted that Fed Chairman Jerome Powell Wednesday connected the economy’s fate to the course of the coronavirus, which is spreading at a high rate across the South and West. The Fed added a line to its statement emphasizing the impact the continued outbreak is having: “The path of the economy will depend significantly on the course of the virus.”

Powell also noted that the consumer spending fell off in the second half of June, which is consistent with the pickup in virus cases.

Still, economists expect a double-digit rebound in the third quarter, but it’s unclear how big that spring-back will be if the slowing that started with renewed state shutdowns in late June continues.

“We should gain. The question is how big of a gain, and is it enough to lift us out of this recession?” said Diane Swonk, chief economist at Grant Thornton. “The most important message is there’s nothing traditional about this crisis, and even if we see a double digit gain in the third quarter, we’re dealing with the worst unemployment we’ve seen since the Great Depression.”

Goldman Sachs economists said the composition of the GDP report was slightly better than the headline. They expect a 4 percentage point drag from inventories to reverse in the third quarter, barring renewed widespread factory closings.

“While the inventory drag is likely to reverse in Q3, the path of the virus remains the dominant driver of the near-term growth outlook,” the economists noted.

As Americans stayed home, consumption went into a deep freeze in the second quarter, with outlays on services diving 43.5% and outlays for goods down a smaller 11.3%. Business fixed investment was down at 27% pace.

“Exports fell more rapidly than imports. This was a global phenomenon,” said Swonk. “Other countries were shutting down before we were…You can’t really put it in the context of other recessions.”

Kevin Cummins, NatWest chief U.S. economist, expects a bounce in the third quarter, but he is concerned about the labor market.

“You look at jobless claims, and you see a stalling out. The Fed is right. There is significant downside risks to the economy,” he said. “If the Covid outbreak does pullback spending, this is going to be a lot slower of a recovery than a third quarter bounce would suggest. Claims kind of stalling out, coupled with Powell’s comments will get people kind of geared up for next week’s employment report.”

Consensus forecasts show a 2 million gain in jobs, but Cummins said he sees a much smaller gain of just 200,000.

Swonk also expects it to be weaker, and she said it could be flat or even negative.